Today’s stage still takes place in the Causse de Limogne, in the Causses du Quercy Regional Nature Park. You’ll still travel under the tight oaks near the dry-stone walls at the edge of the pathwayss. Sometimes the pathways become stonier than before, as if we were gradually changing the geology of the soil. They call here “grèzes or castines”, these limestone screes which encumber the valley bottoms. The track always heads to the south of the Lot department. Tomorrow you’ll arrive in Cahors

Here, still the majesty of the causse, and just a big village, Varaire, which deserves a small detour of less than 300 meters outside GR path. The stage ends with the sisters in Vaylats. However, many pilgrims do not pass through Vaylats and stop at Bach to continue directly on GR path. We can only encourage a detour to Vaylats for the charm, serenity and friendliness of the people who run the convent of the retired sisters. Usually, the pilgrims meet here, as they do in Conques by the Premonstratensians.

Difficulty of the course: Slope variations (+149 meters /-146 meters) are insignificant today. It’s just a walk, a day off, in a way.

Here is a nice stage where the dirt roads take a clear advantage over paved roads:

Section 1: In the undergrowth of oaks.

Many signs of the past emerge from even earlier times. The Joncas dolmen is a bit off the path. There is still a timeless atmosphere around these large stone tables which still hide many secrets and as many legends. Some will only see a very shady place for the picnic here. Dreaming, or eating, or both, your choice.

A little apart, a massive, stern-eyed bull peers at his females. The breed does not represent the most elegant male specimens in France.

Section 2: In the undergrowth to Varaire.

Then, miracle! A small body of water, which you do not know if it is an old washhouse, a fountain with a spring, or simply stagnant water. But, it’s water, yes.

On slight oscillations of the ground, always runs the ocher and stony dirt road, surrounded by magnificent low walls covered with moss. For a long time, walking was unfairly associated with vagrants and barefoot people. After centuries of denial, walking has given itself a rebirth. Not all hikers go to Santiago. It is only to see the happy faces of the walkers who daydream here, in these exceptional landscapes, for many of them, for the simple pleasure of putting one foot in front of the other and starting over.

What more can be added to this little wonder that the ancients erected from the depth of their soul?

Section 3: A small detour, if you want to visit the phosphate mines.

Further on, there is a fork in the road. Indeed, the GR36/46 and the GR65, which are common from Varaire, separate again, the first to go up north, the second to reach Bach in the south. It’s here that you’ll arrive if you walk along Célé Valley, and then to St Cirq-Laopie. Here you have to choose whether you want to stay in Les Moulins, or better yet visit the old phosphate mines of Cloup d’Aral. In this case, it is then recommended to take the track that leads through the undergrowth to Les Moulins.

Section 4: On the way to the Daughters of Jesus monastery.

There is also a bakery and grocery store, but above all a huge and splendid convent built at the end of the XIXth century, on the site of an old castle destroyed during the revolution. It is the magnificent Convent of the Daughters of Jesus, which also serves as a gîte. 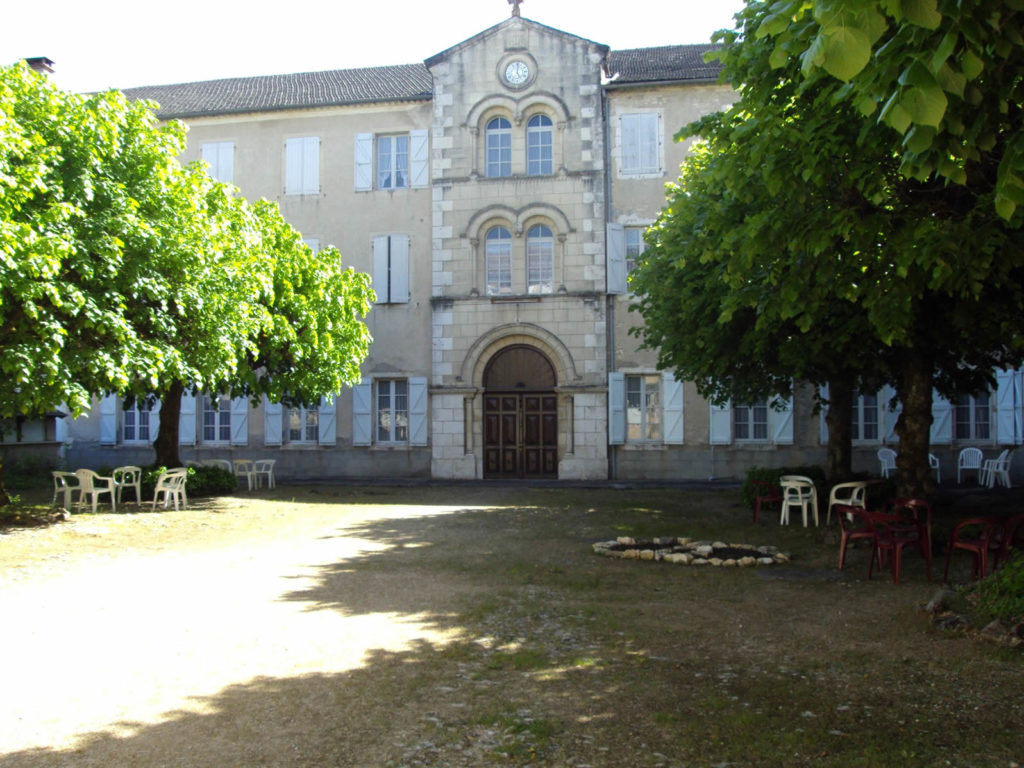 In 1820, Father Jean Lausiu, priest in Vaylats, founded a community and a school for the education of girls and the care of the poor. This was the origin of the Congregation of the Daughters of Jesus, a congregation which numbered up to 600 nuns in the XXth century. Today, the sisters are mainly present in the southwest of France. In Vaylats, they are elderly, retired sisters. They are helped by lay people who share their charism. The sisters no longer take care of the pilgrims.

Inside the convent, a large tree-lined courtyard leads to the chapels, the refectory or the apartments of the sisters. 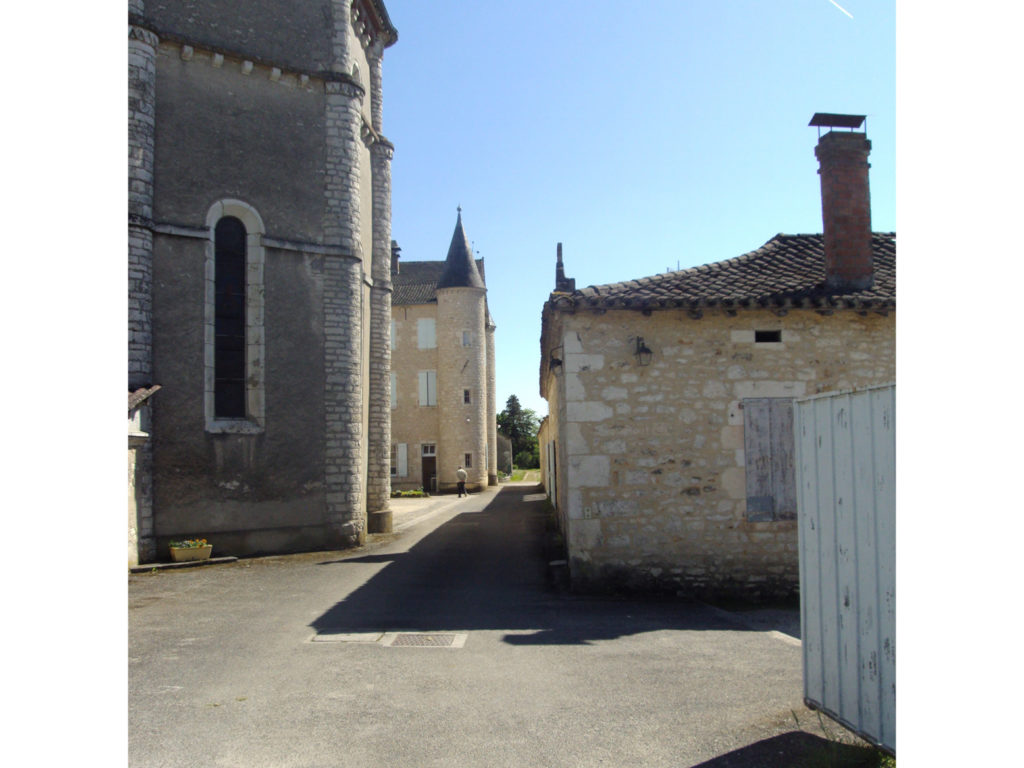 The time for curfew is approaching. It’s time to get to the dorms. The doors of the convent will close for the night. It is 8 o’clock in the evening. Good night! But you’ll have to be on time for breakfast. At 7:1/4 sharp. They don’t mess with the timetable in convents.

At the Couvent de Vaylats, you will not be served the very famous “black diamond” that you taste in the Lot and Périgord. The truffle is one of the precious jewels of French gastronomy.

The truffle is underground and lives in close relation with the roots of oaks, sometimes of hazel trees. It is born in early spring, but it is only 7 to 10 months later that it reaches maturity. It grows 0 to 20 cm deep around trees. How do you know if there are truffles? By the presence of a “burnt”, ie an area on which the vegetation grows with difficulty. By observing the flies that hover above the mushroom, as if intoxicated and almost motionless, to lay their eggs. But, it is better to own a pig or a truffle dog to unearth these precious treasures.

In Limogne, there are two large truffle markets: Limogne-en-Quercy and its big competitor Lalbenque, right next door. This is the great local tradition. The truffles are sold by the basket. On January 21, 2014, at the Limogne-en-Quercy market, 19 baskets were sold for a total of 9 kg of truffles. The price: between 300 and 500 euros per kilo. A trifle, what! But there is still more. In recent years, the white Alba truffle has sold for 375 Euros per 100 grams, 10 times more expensive than the Quercy black truffle.
.