It is obviously not the case for all pilgrims to be comfortable with reading GPS and routes on a laptop, and there are still many places in France without an Internet connection. Therefore, you will find soon a book on Amazon that deals with this course.

You are now between Ténarèze and Bas Armagnac areas, and the track continues its course in a westerly direction.

At first glance, Gers landscapes appear fairly homogeneous, a country where small hills and dales constantly alternate with altitudes varying between 80 and 250 meters. Here there is no big break, no abrupt change in the landscape. Whatever the level of the horizon, it is only the repetitiveness of the hills and valleys that your gaze contemplates. All space is countryside. Gers is above all a country of peasants, a deeply rural department with 70% of the land still used for agriculture. Gers is a sparsely populated, sparsely urbanized department with an industry that has almost been forgotten. Auch, the main city, has only 23,000 inhabitants. The villages are small and the habitat is very dispersed, mostly made up of hamlets with a few isolated farms. Overall, the lands remain renowned for their fertility, with the decomposition of limestone mixed with clay, resulting in magnificent wheat lands. The low rainfall here does not favor the cultivation of corn. However, the duck is already raised there.

The country has few wooded areas. From the grove of long ago only scattered groves and hedges remain. The bocage and the paths have thus melted, and strongly affected by the regrouping of plots, the vegetation still sometimes clings to the areas abandoned by agriculture. It is then the kingdom of oaks or rare moors. You can also see maple, ash, honeysuckle and hornbeam growing there. The stage of the day passes from Ténarèze area and its fields of wheat and sunflower, to Bas Armagnac where crops change. Here, beans are grown for cassoulet, but also sometimes corn. Let’s not forget that the South West is the land of duck and cassoulet. A lot of corn is needed for force-feeding. But Bas Armagnac is of course also the place of Armagnac. The vines will therefore extend over part of the course.

Difficulty of the course: Slope variations (+249 meters/-212 meters) are gentle. On the course, there are no major difficulties on very light little ups and downs. The brave pilgrims don’t stop in Montreal-de-Gers, and push to Eauze. But then, it’s 34 kilometers of walk. So, let’s stop, like the Canadians you may meet on the way, in Montreal-de-Gers, after a 17-kilometer walk from Condom. And, since the stage is short, let’s take the opportunity to make a little jump to the fortress of Larressingle, a great wonder a stone’s throw out of GR path. Obviously, the detour is signaled, because GR path does not go there. Why?

In this stage, the tar is again a little more present than the passages by the pathways:

Section 1: Between cassoulet, bread and wine.

Section 2: Larressingle is worth a detour, that’s for sure.

Here a choice is necessary, because Laressingle is worth a detour. Some pilgrims do not go there and walk straight down to Lartigue Bridge. But Larressingle is only 10 minutes away and you can easily reach GR path back after the visit.

Sloping down towards the village, the road crosses one of these magnificent dovecotes, which can be found everywhere in the south of France. There is a wide variety of them, some mounted on arcades or on pillars, or even on mule-foot, when they are leaned against a facade. This is circular in shape, also known as a dovecote or “on foot” dovecote, largely reserved for the nobility. The other types of dovecotes were more often owned by the commoners.

You are then quickly facing the fortress of Larressingle.

This Romanesque bridge was built between the XIIth and XIIIth centuries to allow the passage of pilgrims. The bridge is listed as a World Heritage Site by Unesco. A hospital, a church and a commandery, under the order of the Knights of St John of Jerusalem, were present here. Nothing remains today.

Section 3: Still in the wheat, beans and vines of Gers.

A short walk in the undergrowth and you pass on the heights of the small lake of Solle, in the gentle and relaxing countryside, which will change you from the thickets you knew before Lartigue Bridge.

Above the sunflowers nestles Routgès , a small chapel on the hillside, adjoining the cemetery. The pilgrims probably do not go there.

Section 4: Over hill and dale towards Montreal-de-Gers.

General overview of the difficulties of the route: easy course, with some light slopes.

Beyond Barrigue, the road climbs a little further in the immense fields. Everything is gigantic, where rarely here the sunflower competes for space with wheat. Sometimes the expanse of fields makes you dizzy and it takes long minutes to cross them right through. In the distance, a village that seems more inhabited than where the path runs.

By the way, the road heads to Lasserre-de-Haut in front of such a house. It is a lodging where many pilgrims stop. And for good reason, there is a swimming pool here.

At the top of the ridge stands the Château de Lassalle Baqué behind its high walls. Finally, a castle, without giving shade to the manor, we will not say that you are walking along the castles of Loire River. 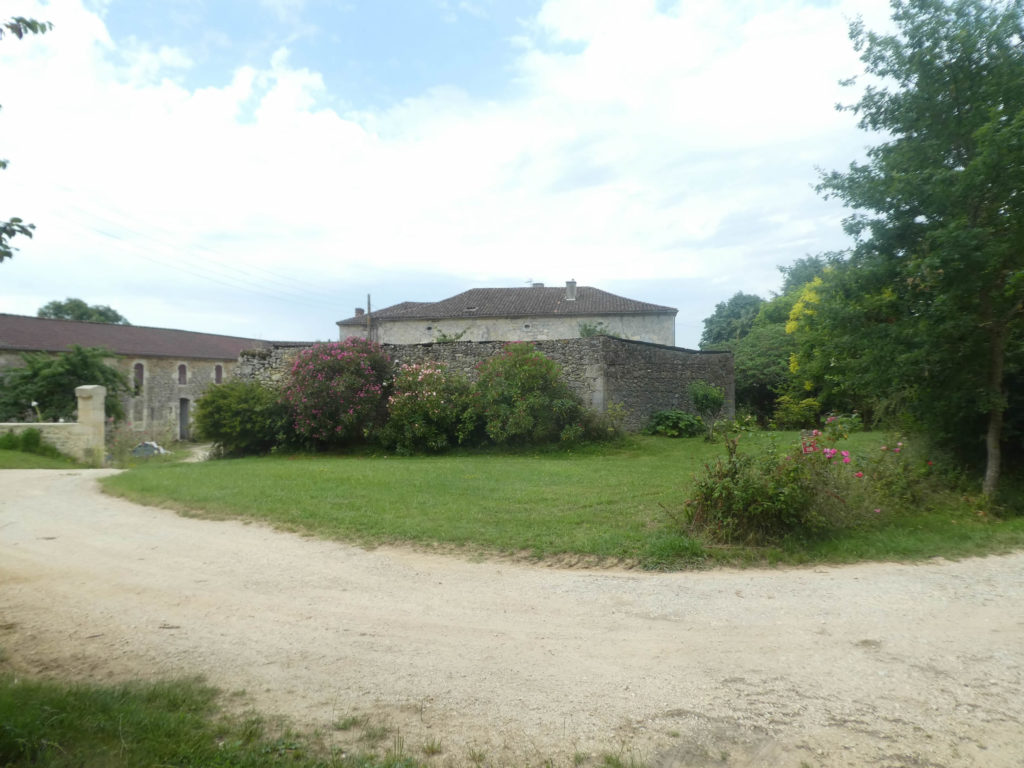 To tell you that here, too, the Virgin and Child presiding over the destiny of the village will hardly surprise you. 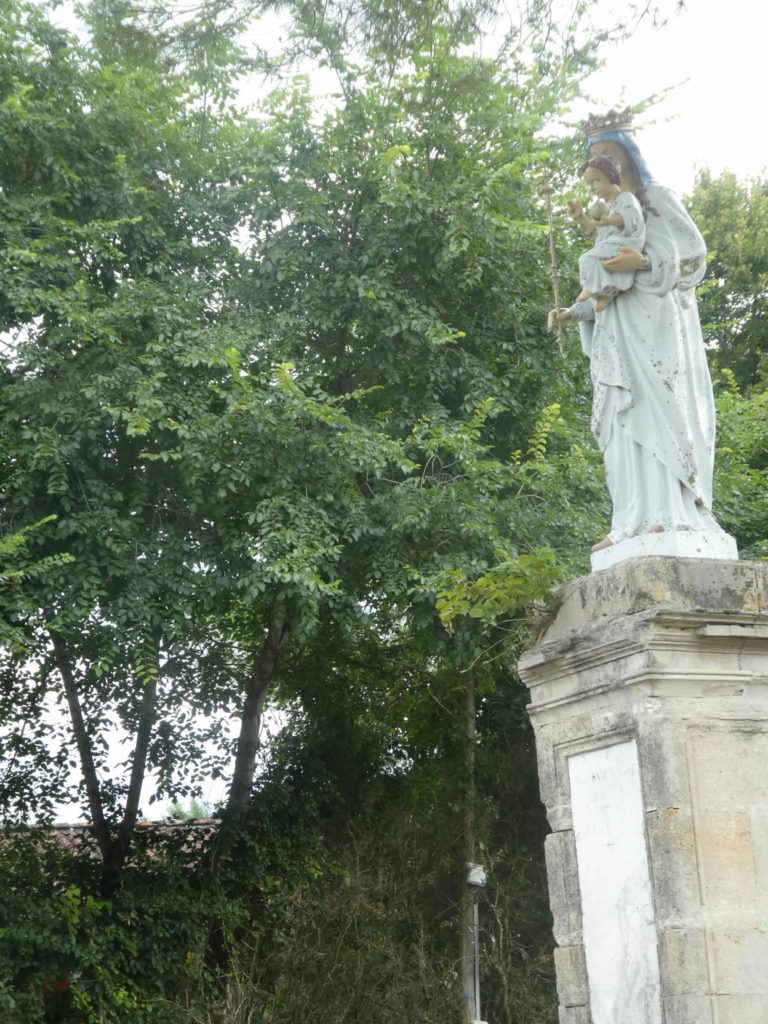